The messaging app WhatsApp is reportedly testing a feature to hide or remove the “online” status on its user profiles. This was informed by the WA Beta Info Instagram account, @WABetaInfo on Saturday (2/7/2022).

“WhatsApp is working on the ability to hide the online status! WhatsApp is finally listening to user feedback by developing a feature that lets us choose who can see when we are online on WhatsApp!

WhatsApp has finally listened to user feedback by developing a feature that lets us choose who can see when we’re online on WhatsApp!),” the uploader wrote in a tweet. 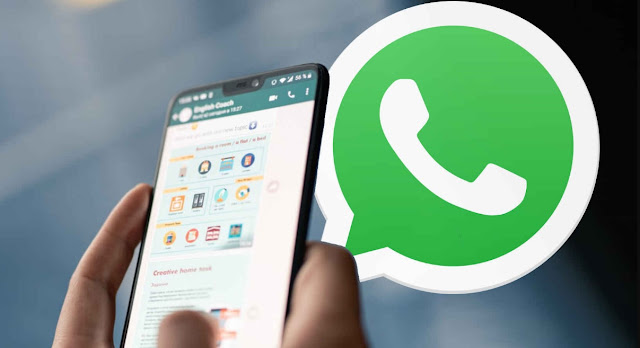 Then, does this trial apply to phones with WhatsApp installed or including PCs? WhatsApp Explanation Quoted from the wabetainfo site, Saturday (2/7/2022), they confirmed that the WhatsApp company was indeed working on the feature of this messaging application being able to hide its online status.

This trial is planned to apply to WhatsApp beta installed on Android, iOS, and desktop (PC). The name of the feature that is currently being worked on is “Who can see me online or Who can see when I’m online”. Although still in development, WhatsApp still doesn’t know when this feature will be officially released in the future.

Reasons WhatsApp wants to get rid of “online” status Regarding this potential new feature, WhatsApp reasons that over the years, many users have asked to be able to hide their online status. There may be different reasons why people want to use WhatsApp in “stealth” mode.

For example, some users want to use WhatsApp without being disturbed by others, or feel like they are being stalked by someone. Actually, WhatsApp knows that many people want this feature, so they also made a concept to disable online status last year, it’s a good way to share feedback with WhatsApp.

From this request, WhatsApp also tested a feature so that users could hide their online status in the next update.

About the feature “who saw me online” On the site, displayed in the settings “Last seen & online” or “Last Seen & online” there are two options regarding “who can see when I’m online”. The two options are Everyone or Same as Last Seen (same as last seen).

See also  How To Video Call Using Avatar On WhatsApp

For example, if you select “My contacts” for “Last Seen” and “Same as Most Recently” for “online”, it means that non-contacts will not be able to see when you are online. Last year, WhatsApp started automatically hiding last seen contacts to contacts you never spoke to, to prevent a third app from merging our last seen and online statuses.

Unfortunately, people who are already able to see can still see when WhatsApp is online, but thanks to the new “who can when I’m online” privacy setting, they can’t know anymore. For your information, although the screenshot was taken during the development of WhatsApp beta for iOS, WhatsApp plans to introduce the same feature in WhatsApp beta update for Android and Desktop beta in the future.

Unfortunately, this feature is still under development, so WA Beta Info does not know the details when it will be released to the public. They said they will notify users in new posts when they find more information about the release of this feature in a future update.

How To Video Call Using Avatar On WhatsApp

How To Use Features Group Communication On WhatsApp

How To Recover Deleted Photos On WhatsApp

How to Record Video Calls On WhatsApp Android