The problem of battery power on a smartphone that runs out quickly is sometimes a problem for users. Even though it is equipped with a large enough battery capacity, the battery quickly drops due to user errors in managing the use of their cellphone batteries.

As we have summarized from various sources, the following are some of the names of applications on the Google Play Store that are claimed by developers to maximize the use of battery power on your phone. 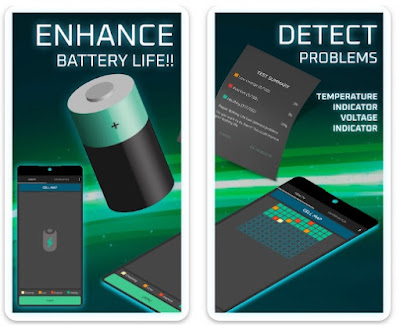 The first battery-saving application that is quite popular among Android cellphone users is an application called Battery life & Health Booster.

This application works by analyzing the device, then disabling a number of applications that are not used so that it will save more battery power on the mobile phone that is used. 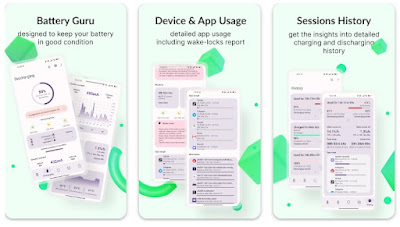 Next there is an application called Battery Guru. When installed on the user’s device, this application will display information about battery usage, measure battery capacity (mAh), and estimated lifetime.

With this information, it will help users change their battery charging habits so that the battery components last longer and don’t drop quickly.

Apart from that, this Battery Guru power saver app works to monitor battery voltage, amperage, temperature and much more. 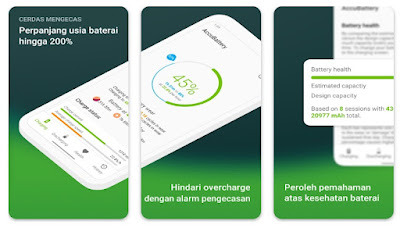 The next application that you can install for the purpose of saving battery power is an application called AccuBattery.

Once installed on the user’s device, this application will work by measuring the battery usage of each application and then use that information to determine which applications are consuming the most battery.

Furthermore, the AccuBattery application will notify the user to disable applications that drain the user’s battery. 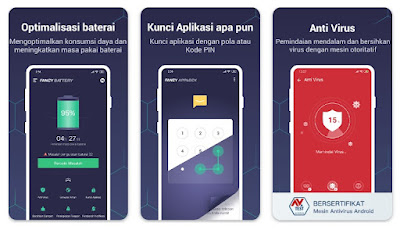 For the Fancy Battery application, this is a complete package of an application, which is not only a battery saver application, it will also function as an Android antivirus, phone cleaner, and booster application to improve the performance of Android devices.

This app will automatically disable W-iFi, mobile data, location & bluetooth when the device is not in use.

Similar to some of the applications that have been reviewed above, the Greenify application when it is installed on the user’s Android device will perform a scan to find out what applications are running behind the system that are quite draining battery power.

That’s information from the editor about some battery-saving applications that you can install, one of which is on the device you are using. But keep in mind, even if you use a battery saver application, the duration of using your smartphone will also have an effect.

For example, if you use your phone to play games for a long time, this will also drain the battery quickly. So, using the above application does not necessarily make your device more durable, but the pattern of device usage is more decisive.

Apkteca.com Roblox How To Play and Get Free Robux

Browser Applications Other Than Chrome For Android